Researchers delve into the psychological world of children

Most parents will attest to the routine of a baby’s life: sleep, eat, diaper change. Precious though they may be, infants are not generally considered the most complex individuals. Humorist Dave Barry offered a cynic’s take on child psychology when he quipped that a baby’s head is filled with “nothing but an enormous drool gland.”

Scientists at The University of Texas at Austin’s Children’s Research Lab (CRL) can confirm the drool, but insist on a more sophisticated interpretation of a child’s psyche.

A World of Their Own

“Studying children is essential to gain insight into the human mind and behavior,” Catharine Echols, associate professor of psychology who directs the CRL, says. “Examining their development helps us understand who we are.”

At the same time, Echols notes, it is important to understand children for who they are.

“Science is now recognizing that kids aren’t just little adults,” Echols says. “The way they make sense of the world has its own sensibility.” Echols’ research examines how children make sense of language. Studying children ages 9 months to 5 years old, she studies how labeling and categorizing objects helps children develop language. For instance, when and how does a child learn the word “cup” refers to many different kinds of cups, not just one specific cup? She also researches how children from different cultures or who are deaf learn the meaning of words from their parents.

“Language learning is a key part of development,” Echols says. “We want to know why some children excel with language and some struggle, and how parents can help kids who are not developing as they should.” The parental interaction thread runs through the CRL’s various projects, and parents who participate in the research often leave with a unique understanding of their child.

“The work we do has enormous value for practitioners in education, media and counseling,” Echols says. “But we’re always thinking about how it will help parents.”

The Science of Learning

Baby’s first word—the momentous occasion parents anticipate, when “gaga” and giggles turn into recognizable language. But more than the joy of hearing “mama” or “dada” for the first time, parents are assured their child is reaching an important developmental milestone, showing skill in perception, memory and cognition.

These are the moments upon which psychologist Leslie Cohen builds his research. Before piano recitals, honor rolls and graduation, a child must learn how to comprehend his or her surroundings, speak, think and learn. Cohen, director of the Infant Cognition Laboratory, examines infant perceptual and cognitive development during the first 18 months. By using a simple procedure that involves the infant looking at a series of computer-generated pictures or movies and by recording the infants’ visual fixation time, he investigates how infants organize the auditory and visual information they see and how well they remember that information.

He has found consistent developmental differences in infants’ organization of simple visual information into complex patterns, objects and events. He also is examining developmental changes in infants’ understanding of concepts and categories, their perception of music, and the relationship between categorization and early language. Cohen recently created the multipurpose software program Habit X for the MAC to facilitate his and others’ research. Habit X tests infant perception, cognition and language acquisition.

“Children are acutely aware of and uncomfortable being outnumbered, even if they are separated by something as meaningless as a T-shirt color.” — Rebecca Bigler

More than 125 infant laboratories around the world now employ the program.

When asked how she knows that only white men have been president of the United States, one elementary student simply responded, “Have you seen the money?”

It is perhaps an amusingly astute commentary on power and money, but also a reminder of children’s attention to detail. The faces of George Washington, Abraham Lincoln and other commanders in chief appear on everything from currency to mountainsides. It does not take long for children to notice a pattern in the presidents’ appearances.

Adults often think children live in a color or gender blind world, but children begin to detect race during their first year of life and show signs of stereotyping by age three, says Rebecca Bigler, psychology professor and director of the Gender and Racial Attitudes Lab.

Bigler has identified four ingredients that lead to stereotyping and prejudice. The first component is a child’s ability to visibly detect differences. This explains why children tend to form stereotypes based on race and gender, but not religion or political affiliation.

The second component is minority status. In one study, Bigler randomly separated a class into two groups. One group was given blue T-shirts and the second group, consisting of only two or three children, wore red T-shirts. The children in red T-shirts were far more likely to want to change groups than their blue T-shirt peers.

“Children are acutely aware of and uncomfortable being outnumbered, even if they are separated by something as meaningless as a T-shirt color,” Bigler says. “And children in the minority group sought each other’s company, becoming close friends in almost every classroom.” The third component involves explicit labeling of different groups. For instance, a teacher’s greeting of “Good morning, boys and girls,” or an instruction to sit “boy, girl, boy, girl” reinforces group differences. According to Bigler, children attach particular importance to something when adults label it.

Finally, implicit segregation often leads to stereotype and bias. In the T-shirt experiment, children in classes with only red or blue T-shirts demonstrated more stereotypical opinions about their peers than did children in integrated classrooms. So what can parents and educators do to prevent and correct prejudicial beliefs?

“Talk to your kids,” Bigler counsels. “Children are perceptive and they notice racial and gender differences. If adults don’t acknowledge and discuss why all the presidents have been white males, or why poor neighborhoods are more likely than rich neighborhoods to include African Americans and Latinos, children will form their own, probably prejudicial, explanations.”

Beauty may be in the eye of the beholder, but what if the beholder is only 3 months old? One might think any cooing adult would delight an innocent infant, but according to research by Judith Langlois, children have quite discriminating tastes when it comes to beauty. Langlois, a vice provost and the Charles and Sarah Seay Regents’ Professor of Developmental Psychology, studies children’s social development, attractiveness and the origins of social stereotypes.

“This is not to say that mothers treat unattractive infants badly,” Langlois says. “All the women in this study were excellent moms. Even among excellent moms, however, the attractiveness of an infant seems to influence maternal behavior.”

As children grow older, attractiveness continues to influence their interactions with others. Physical attractiveness affects whom children choose as peers and what types of traits they attribute to other children.

“Most people are aware of the fact that attractive adults often receive preferential treatment,” Langlois says. “This research reveals that attractive children benefit from their looks too.” 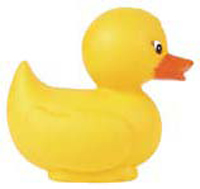 Following a dramatic decline throughout the 20th century, the U.S. infant mortality rate—the proportion of babies who die before they reach their first birthday—has leveled off at a little less than seven deaths per 1,000 live births, according to the National Center for Health Statistics. That’s a much higher rate than in other partsof the developed world.

Infant mortality rates are generally viewed as one of the best indicators of a country’s health. So why are the rates in the United States so high? W. Parker Frisbie, professor of sociology and former director of the Population Research Center, devoted his career to exploring this question.

“Most scholars believe the United States’ low ranking is due to the high infant mortality rates of the country’s minority populations,” Frisbie says. “This is further evidence that we need to work harder at lowering theinfant mortality rate of disadvantaged minorities by reducing social inequality that leads to differential access to healthcare.”

The scholar has published more than 80 studies on racial disparity in infant mortality, pregnancy outcomes,mortality and the demography of minorities. His research has been supported by millions of dollars in grant funding from the National Institutes of Health and the National Science Foundation.

Frisbie’s prolific work has inspired the next generation of demography researchers says Robert Hummer, chair of the Department of Sociology. The dozens of students he mentored during his tenure are now in leading research positions throughout the United States and around the world.

Born to Texas ranchers in 1940, Frisbie will retire to his family ranch in south Texas where he will work cattle on horseback, mend fences, repair water wells, and educate his granddaughters in the ways of Texas ranching.

A child’s life is filled with wonder and discovery. Doctors take an X-ray that seems to make skin invisible, revealing the inside of the body. Adults tell children intriguing stories about the Easter Bunny and Tooth Fairy. Elmo, a friendly monster, teaches science lessons on “Sesame Street,” and Harry Potter, a human child, performs magic spells.

The boundary between fact and fiction is often blurred, and navigating the complex worlds of reality and fantasy is no easy task for a youngster. Or is it?

Psychologist Jacqueline Woolley studies how children understand reality and evaluate new information. Her research shows that kids may have a better grasp on reality than adults realize. Her most recent study found children are able to distinguish between reality and fantasy between the ages of 3 and 5.

“Young children continually are exposed to new information through conversations, books and the media,” Woolley says. “Much of the information is factual such as the names of planets, but some is fictional such as the existence of Santa Claus.”

By the age of 4, children learn to use the context in which new information is presented to distinguish between fact and fiction, Woolley says. She studied about 400 children between the ages of 3 and 6 who were asked to determine whether a series of new words were real or imaginary. For some children, the researchers presented the words in scientific terms: “Doctors use hercs to make medicine.” For others, they introduced the words in fantastical terms: “Fairies use hercs to make fairy dust.”

Woolley found when children heard the new words in a scientific context they were more likely to believe the words represented real things than when they heard the words described in a fantastical context.

“These studies provide new insight into the development of children’s ability to make the fantasy-reality distinction,” Woolley says. “It is clear that young children do not believe everything they hear, and that they can use the context surrounding the presentation of a new entity to make inferences about the real versus fantastical nature of that entity.”

Even when children do believe in the fantasy world, they expect certain rules to be followed. In a study examining children’s belief in the power of wishing, Woolley found children only gave credence to the validity of wishing when specific conditions were met.

The children watched as someone wished for an object, and then opened a box containing the desired item.

Under normal circumstances, children generally believed the wish caused the item to appear. However if the child saw the item in the box prior to the wish being made, or if was less likely to credit the wish for the appearance of the item.

“Despite wishes belonging to the fantastical realm, children evaluate them based on the rules of the real world,” Woolley says. “All reasoning does not go out the window simply because they encounter what they believe to be magic.”