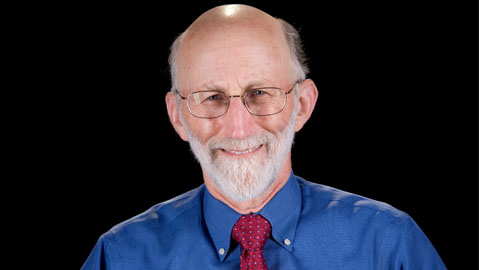 This Labor Day, while the country is still dealing with tough economic times, we sat down with University of Texas economist Daniel Hamermesh, to get his take on unemployment and if and when to expect an economic recovery.

Who or what determines when the economy has recovered?

The National Bureau of Economic Research in Cambridge Massachusetts, to which I belong, is a group of professors from all over the country. In particular, there is the Dating Committee, which dates the economic recessions and peaks. At some point in the future they will call the date in which the recession bottomed out. My best guess is they’ll say it was July 2009. I believe this because a number of indicators have stopped falling, some are rising.

But that was last month?

That doesn’t mean things are going to recover very rapidly, just that they’ve stopped falling and will start recovering, albeit slowly.

This recession has had remarkably different effects by gender. The unemployment rate of adult men and women started at identical levels two years ago, but by now the men’s unemployment rate has risen 50 percent more than the women’s.

What do you attribute the differences to?

It’s probably the industries that have been hit, but the difference is high even compared to previous recessions. I’m just not sure why.

How does the duration of the most recent unemployment trend compare to previous ones?

A lot worse. This recession has already seen the longest duration of unemployment compared to the previous recessions. Compare the percentage of the unemployed who have been out more than 26 weeks in past recessions: July 2009, 34 percent; July 2003, 22 percent; July 1992, 22 percent; and even in the very deep and long 1980 to 1982 double-recession it was 25 percent in July 1983. By this important criterion, this recession has had the biggest negative impact since the Great Depression.

Why is the duration of unemployment important?

Society is worse off at 10 percent unemployment if that figure is concentrated on a small number of long-term unemployed than if it’s spread more evenly across the labor force. The first few weeks of unemployment you might manage to have a good time and take it easy, but eventually you start drawing down your savings and it’s depleted. It becomes a much more serious matter.

Do you expect the trend toward long-term unemployment to continue?

My guess is the percentage of long-term unemployment will keep on rising for a while. While the recession bottoms out it takes a while for people to get hired again. It’s like a rat going through a snake, a lot of it may get digested, but it’s still pretty clear that the rat is moving down the track.

What do you see as the key differences from previous recessions?

One thing that may make this recession a little less serious is there are many more households with two earners with the rise of females in the labor force. So, if one partner gets laid off, there is still some income coming in and the other partner still has health insurance.

How are the unemployed spending their time versus the employed?

Do you anticipate more federal rebate programs like Cash for Clunkers or the rebates for home appliances, such as refrigerators and washing machines?

I think we’re done with those sorts of things. That was very expensive. And the refrigerator and washing machine companies don’t have quite the political clout of the auto industry.

Are the rebate programs having the intended outcome?

Will it have a long-term effect on the economy?

No more so than any other spending we might have done.

About Hamermesh
Hamermesh has done extensive research using data from the American Time Use Survey. He has also done research on labor demand, time use, social insurance programs and unusual applications of labor economics to such areas suicide, sleep, beauty and other subjects.