Stepping Off the Beaten Path 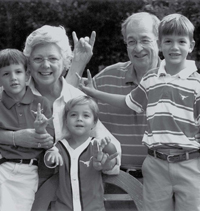 There was a time when high-profile houston lawyer Julius Glickman was young and naïve, and he’s not ashamed to admit it.

Glickman grew up in the West Texas town of Big Spring, and had scarcely traveled beyond the county line by the time he contemplated college. Several of his friends were headed to Southern Methodist University. if he went there, he’d be surrounded by familiar faces, a comforting thought for a small-town boy who’d be far from home.

But his English and Latin teacher, Rita Weeg, put a bug in his ear. “You can go to a lot of other schools and you will go to the top,” she explained. “But if you go to the University of Texas at Austin and you go to the top, you will have achieved something.”

Glickman had never laid eyes on the university. “But Mrs. Weeg was one of my best teachers, and I admired her greatly,” he recalls. “I placed a lot of faith in what she said.”

“I believe that one of the hallmarks of a democracy is justice. The role of lawyers is to make sure that justice protects the common man, sometimes against the power of special interests. This country is not for the benefit of a few, but for everyone.”

Well, Glickman did go to the University of Texas at Austin, sight-unseen, and he did go to the top—he served as student body president, was named outstanding student, and was selected for membership in all of the most prestigious campus organizations: the Spurs, the Friars and the Tejas Club.

Indeed, it was that simple act of applying to the university when everyone he knew was going elsewhere that has come to define and shape the trajectory of Glickman’s life and career.

“It was one of the formative experiences of my life,” Glickman says of his years on the campus, which culminated in a bachelor’s degree in the college’s Plan II honors program and a J.D. from the law school. “I have always wanted to give back for that—to make sure that all the other students entering who are as naïve and curious as I was have the same opportunities and exposure to ideas and people.” He began that task even before he graduated.

During his first year of law school Glickman was drafted into running for student body president. A loud and unruly group of friends and supporters found him studying in the library and insisted he fill out the candidacy paperwork. They identified him as a capable leader who would play an active role in making the campus a better place for all students.

During his term as president from 1963 to 1964, Glickman strove to win students more influence on campus, regularly communicating with the University of Texas System Board of Regents and the university president—Harry Ransom at the time—to ensure students’ views were heard.

He launched a speaker series that brought some of the most prominent minds of the time to campus and the “stump speaking” program that gave students a platform to openly exchange ideas. Glickman also was an effective student advocate off-campus, compelling the phone company to reduce the high deposits it required to set up phone service for students and negotiating charter flights to Paris and london for the university’s students for less than $300.

Inspired by Martin Luther King’s letter from the Birmingham jail, Glickman even took on the biggest issue of the day: racial integration. he and other student leaders converged on the Drag, convincing local barbershops, after much consternation, to serve African Americans for the first time.

The young Glickman’s campus experiences laid the foundation for the work he has undertaken as a civil litigator. With an education grounded in the liberal arts and real engagement in fighting for students’ rights, he always has taken his profession very seriously.

“I believe that one of the hallmarks of a democracy is justice,” he says. “The role of lawyers is to make sure that justice protects the common man, sometimes against the power of special interests. This country is not for the benefit of a few, but for everyone.”

Glickman understands that the university didn’t just provide him with a knowledge of law that allowed him to become a competent lawyer. He sees the university’s role in his own life, as well as in the lives of countless others, as much more nuanced and meaningful.

“Merely collecting facts and being technically capable are not enough,” he says. “We need a better understanding of the past and a better analysis of the present to help us prepare for the future.” That is why he and his wife Suzan continue to engage with the university long after they passed their final tests and gleefully tossed their mortarboards in the air.

“One of the things the liberal arts does for us is help us to figure out the difference between knowledge and wisdom.” 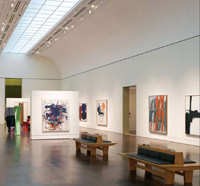 The Glickmans support programs across campus, including the Blanton Museum of Art.

Julius and Suzan Glickman have established eight endowments across campus benefitting students in the College of Liberal Arts, the College of Education, and the School of Law.

The Glickmans are founding members of and substantial donors to the Blanton Museum of Art, with five galleries named in their honor. The couple also funds an annual scholarship through the Texas Exes for the Outstanding Elementary Teacher in Texas.

Glickman has served as chair of the Development Board and the Chancellor’s Council.

PHOTO OF JULIUS AND SUZAN GLICKMAN AND FAMILY 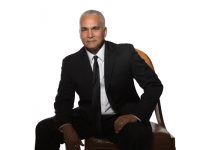 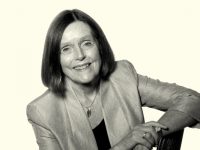 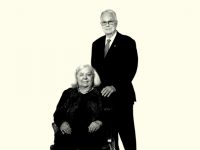 Helping Students Set Sail
November 18, 2016
© 2012 Life & Letters, a publication of the College of Liberal Arts at The University of Texas at Austin.