In the run-up to the March gubernatorial primary, the Texas Politics Project at The University of Texas at Austin released a poll that not only predicted decisive victories by Republican Rick Perry and Democrat Bill White, but also examined the voter sentiments that shaped those outcomes. 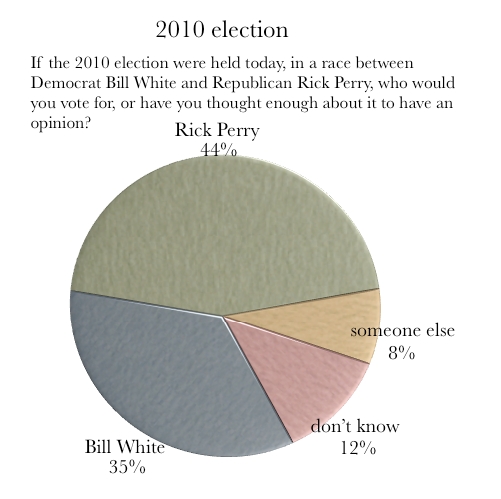 Sponsored jointly by The Texas Tribune, the poll, for example, asked Texans if the state serves as a good model for the rest of the country, exploring how one of the major themes of the Perry campaign was resonating with voters. The 800-person survey found high levels of agreement, especially  among Republicans.

The poll is just one of several Texas Politics Project initiatives that provide resources for university faculty and students who research politics and government and help us better understand our state.

The eight-year-old program, part of the College of Liberal Arts, also has developed an online government textbook now used by high school, community college and university students across the state. And it sponsors a speaker series through which the campus community can speak directly with public officials and journalists.

“We’ve developed initiatives that feed into the role a major public university is obligated to play in the civic life of the state,” says project director and government lecturer Jim Henson. “Everything aims at creating a richer environment in which everyone from students to average citizens to researchers can engage with politics and government in Texas.”

The poll also included questions on citizens’ views of evolution and the origin of man. They were written by government professor David Prindle, who studies the politics of evolution.

The survey also gave an early glimpse into the November matchup between Perry and White.

The margin of error was 3.46 percent.