Pioneering With A Pen

For creating the most vivid and vital portrayal of the American experience in microcosm, Creative Writing graduate Nora Boxer has won the $50,000 Keene Prize for Literature. Her story “It’s the song of the nomads, baby; or Pioneer,” was selected from 61 submissions in drama, poetry and fiction.

Laconic in style, the story unsentimentally evokes the artistic, old hippy, new punk eco-lifestyle in New Mexico. In a sharply evoked landscape of bare mesas and changing seasons, among a cast of characters ranging from the shallow and self-aggrandizing to the stoically compassionate, the pregnant heroine tries to make sense of her commitment to a life “off the grid.”

“As we watch the devastating consequences of our oil addiction unfold in the Gulf of Mexico, Nora’s story takes on particular resonance,” says Elizabeth Cullingford, chair of the Department of English and chair of the award  selection committee.

Established in 2006, the Keene Prize is named after E.L. Keene, a 1942 university graduate. Open to all university undergraduate and graduate students, the prize is awarded annually to the student who best illustrates the American experience.

Other finalists were Roger Reeves, Fiona McFarlane and Virginia Reeves.

During the 30 years following the end of the Civil War, America as we know it began to take shape. The population boomed, consumption grew rapidly and the national economy soared. In “American Colossus” Brands provides a historical account of America’s transformation into a land of consumerism and massive industry. Chronicling the efforts of such tycoons as Andrew Carnegie, John D. Rockefeller and J.P. Morgan, Brands describes how 19th century American capitalists altered the shape of America’s economic landscape. 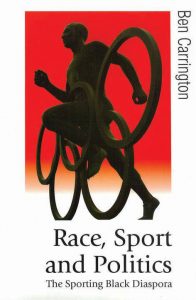 Why do people commonly assume African Americans dominate professional sports? How did golf pro Tiger Woods and tennis stars Serena and Venus Williams become pioneers in sports history? These are some of the questions Carrington grapples with in his new book “Race, Sport and Politics.” Presenting a postcolonial overview of sport’s role in enforcing racial stereotypes, Carrington shows how the industry of sport changes ideas about race and racial identity. 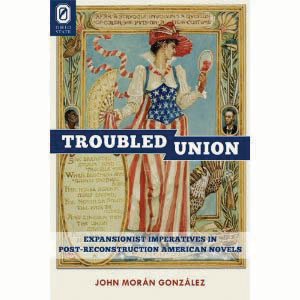 In “The Troubled Union,” González presents a historical account of post-Reconstruction novels. Combining a literary analysis with cultural studies, González highlights the importance of the domestic novel form, with its emphasis on women’s self-representation, and the revolutionary plot of courtship and marriage. The book includes dramatic narratives from such authors as Henry James, Helen Hunt Jackson and  María Amparo Ruiz de Burton.

What Can You Say: America’s National Conversation about Race

“What Can You Say?” examines the rhetorical maze of racial discourse in contemporary American culture. Drawing on headline news stories — from President Obama’s historic election, to protests surrounding the Jena Six, to Don Imas’ inflammatory remarks about the Rutgers women’s basketball team— Hartigan shows how the dynamics of American culture continue to shift the contours of the national dialogue on race.

Muslim Women in War and Crisis

A collection of essays, this work highlights the diverse cultural viewpoints of Muslim women. The chorus of writers (including Shirazi) offer a glimpse into their daily struggles during a time of tremendous social upheaval. Drawing from essays, poetry, memoirs and news reports, the authors reveal a complexity of experience  and thought  that challenge  Western clichés of  Muslim women.

“The Waning of Materialism: New Essays on the Mind/Body Problem,” co-edited by Robert Koons (Philosophy) Oxford University Press, May 2010.