Congratulations to the Department of Government on 100 Years of Excellence 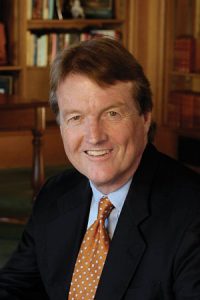 For the past century, the Department of Government has been at the heart of The University of Texas at Austin’s research, teaching and civic missions. Its students have gone on to become leaders in government, business and philanthropy throughout the state and nation. Its professors have helped revolutionize political science.

In terms of sheer numbers, few departments touch as many people as government. Because every undergraduate in Texas must learn about the Texas and American constitutions, almost everyone who has passed through the Forty Acres has had the good fortune to study under the department’s esteemed faculty.

But the Government Department’s influence goes well beyond the numbers.

For 100 years, its professors have helped students better understand the privileges and responsibilities of living in a democracy and become better informed and more public-spirited citizens. As a former law school dean, I understand just how important that mission is to our society.

So please join me in congratulating the department — your department — on its first century of success and in supporting the Government Department as it embarks on another 100 years of excellence.

The University of Texas at Austin