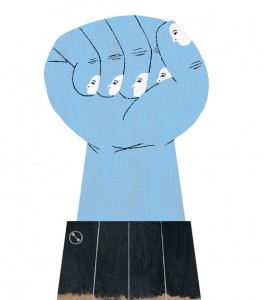 When the Department of Government recruited Thomas Pangle in 2004 to become the Joe R. Long Chair in Democratic Studies, the goal was not simply to become a powerhouse in the study of political theory, but to help the department rise to elite status more broadly in political science.

Throughout the history of modern political science, political theory has been central to the discipline, and it remains at its core today.

In short, every political scientist must defend the relevance of his or her work — in the discipline this is known as the “so what” question.

You got some results? So what?

Enter political theorists, who make their living offering rigorous responses to the “so what” question.

Ten faculty members cover these subjects and many more. Within the last five years this group has published a large number of important books with leading publishers.

Though diverse in course offerings and faculty research, The University of Texas is especially strong in historical approaches to political philosophy.

The premise of much of this work is that political theory can use the past to broaden questions about, and interpretations of, the present. In these efforts history is not treated as a timeline of progress, but rather as a rich source of deeply informative ideas that have been neglected or missed over time.

Recovering these extraordinary sources of insight requires interpretive methods and skills for which The University of Texas has become very well known.