How socialism, frogs and the “Mafia” shaped a department

In the early 20th Century, word was spreading that a socialist was running the School of Political Science at The University of Texas at Austin.

Professor Lindley Keasbey’s controversial political leanings prompted President Sidney Mezes and the Board of Regents to break the school into three units: government, economics and institutional history, according to William James Battle, the university’s acting president from 1914-16.

“(Keasbey’s) socialistic views brought so much criticism that President Mezes, to save him, changed his chair to institutional history, much to his dissatisfaction,” Battle told the Austin Town and Gown Club in 1952.

Following the outbreak of World War I, Keasbey was forced to resign for refusing to appear before the Regents and defend his opposition to the war. “His German sympathies lost him his professorship,” Battle said.

The School of Institutional History disappeared with him.

A rather inglorious start, but the Government Department quickly set itself on the path to become the marquee department it is today, one that has trained some of the nation’s best political scientists and thousands of future leaders in the public and private sectors.

Charles Shirley Potts, a recent Texas Ex, was appointed adjunct professor of government and named chairman. The school’s only faculty member, he quickly began appealing to Mezes for more money to make a prominent hire.

Potts reasoned that a first class man of practical experience would attract students to his classes and render a valuable service to the university and the state. In particular, Potts wanted future lawyers thoroughly grounded in the principles of government before graduating.

And since many University of Texas students would go on to become civics teachers or community leaders, Potts argued they should learn the fundamentals of government and good citizenship. So long as the university provided the resources needed to hire men and purchase equipment, he believed enrollment would increase and the Government Department would develop accordingly.

Such momentum started building and, in 1915, Frank Mann Stewart received the first bachelor’s degree in government from the school. He earned a master’s degree as well, and then a Ph.D. from The University of Chicago. After his military service he returned to Austin as a member of the government faculty, but moved to UCLA in the early 1930s.

At Stewart’s 1961 retirement dinner, Emmette Redford, a former student who became one of the university’s most distinguished professors, commented that Stewart had the privilege at Texas of teaching some of the men who went on to become outstanding scholars in their profession and leaders in public life in Texas.

But student success was also a testament to how Stewart taught — impressing the value of facts, thoroughness and objectivity on his pupils, according to Redford.

“I have always had an affectionate feeling for Frank because he took an interest in my career, counseled with me about graduate work and maintained contact with me over the years,” Redford said.

In 1919, Caleb Perry Patterson joined the university and soon emerged as the Government Department’s dominant figure. 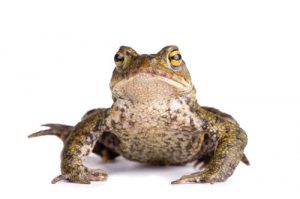 Patterson was an outspoken constitutional scholar who supported the League of Nations, deeply opposed the New Deal and Franklin Roosevelt’s court packing, argued forcefully against U.S. presidential claims to inherent powers and fought with two university presidents over salary issues.

His gripes began almost immediately after he arrived in Texas. President Robert Vinson was prepared to let Patterson go in 1921 after Patterson received a job offer from The University of Iowa and demanded a raise.

But the university failed to recruit a replacement, and Patterson backed off from his salary demands and agreed to stay.

Decades later, Patterson fought bitterly with President Theophilus Painter over salary issues. The two men were neighbors, and their mutual disdain was taken out on the noisy frogs in Painter’s pond, which Patterson would occasionally shoot.

The dispute reached the Texas Senate in 1953, when senators lobbied Painter’s successor, Logan Wilson, to recommend Patterson for the distinguished professorship that Painter withheld.

“Delay in (Patterson’s) recognition by the University is a travesty,” state Sen. Wayne Wagonseller wrote.

Through legislative action, Patterson received his raise, but the frog wars rumbled on.

The department in the 1920s began graduating true luminaries whose influence soon stretched through the political science universe.

Redford was considered by many to be the true gem of the group.

“Several generations of students — both graduate and undergraduate — hold (Redford) in high regard as one of the significant influences in their lives,” Government Professor Emeritus William Livingston wrote in 1976, in the first letter nominating Redford for a Texas Exes Distinguished Alumnus Award, which he received in 1984.