Fifty years ago, President Lyndon Baines Johnson signed the Civil Rights Act of 1964, a landmark piece of legislation that banned widespread discrimination based on race, color, religion, sex or national origin. To highlight this important milestone, we invited leading scholars from the College of Liberal Arts to highlight pivotal moments in civil rights history and reflect on how far our nation still needs to go to achieve LBJ’s vision for a more equitable and just America. Many of these topics will be addressed by a prestigious lineup of speakers—including Presidents Barack Obama, Bill Clinton, George W. Bush and Jimmy Carter—at the LBJ Library and Museum’s Civil Rights Summit April 8-10. Go to this website for more details.

Remembering a Pioneer of Women’s Rights 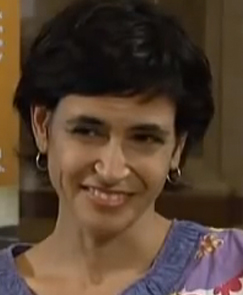 People don’t usually think about Louise Bryant, the radical bohemian journalist made famous in Warren Beatty’s film about the Russian Revolution, Reds, as a fighter for women’s rights. But, in fact, she was.

When she returned from Russia in 1918, after writing the sketches that would be published as Six Red Months in Russia, she stayed for several weeks at the National Woman’s Party (NWP) headquarters in Washington, DC. She got arrested and went to prison with several other NWP members for burning an effigy of President Woodrow Wilson, who had been a vocal opponent of women’s rights. Later, she spoke about the Russian Revolution at an event that other NWP members organized. Anti-suffragists, (known as the “antis”), who had for some time been insisting that woman suffrage was a Communist conspiracy, had a field day, announcing “Bolsheviki Meetings Arranged by Suffragists!”

Does this mean that the anti-suffragists were right? Was woman suffrage a communist conspiracy? No, but the fact that women got the vote in “darkest Russia” before they did in the United States was a real spur to passage of the woman suffrage amendment, especially during a war in which democracy was at stake (the amendment finally passed after the war had ended, but Wilson wound up endorsing it earlier as a “war measure”). In Overman committee hearings – a 1919 red scare version of the more famous McCarthy hearing – Bryant emphasized the specifically feminist reasons why she found revolutionary Russia so appealing: “I have never been in a country where women were as free as they are in Russia and where they are treated not as females but as human beings…It is a very healthy country for a suffragist to go into.”

Those who promote significant social changes often are radicals. They ruffle feathers and they even make mistakes. Louise Bryant was mistaken in her romantic image of the “new Russia.” But she was right about woman suffrage as an essential basis for making women full human beings in the eyes of the state.

The Civil Rights Movement showed both the possibilities and the limits of progressive change in contemporary America. The children of sharecroppers became national leaders, just as the advocates of hatred and intolerance continued to enforce economic and social exclusions. Born in the poor farming community of Troy, Alabama in 1940, John Lewis’ extraordinary life captures these contradictory dynamics. Lewis attended Fisk University, where he helped to found the Student Non-Violent Coordinating Committee (SNCC) that played a crucial role in mobilizing young Americans, black and white, for civil rights activism.

On March 7 1965, Lewis helped to lead a march of 600 peaceful protesters, assembled in Selma, Alabama. As the singing advocates of equal rights walked toward the city of Montgomery, Alabama state troopers attacked them. The New York Times described the scene as, “The first 10 or 20 Negroes were swept to the ground screaming, arms and legs flying and packs and bags went skittering across the grassy divider strip and on to the pavement on both sides…Those still on their feet retreated. The troopers continued pushing, using both the force of their bodies and the prodding of their nightsticks.”

John Lewis and his many allies did not turn the other cheek, nor did they give up. They doubled their efforts to solicit support from a sympathetic president, Lyndon Johnson, and citizens across the nation. Two decades later, in 1986, John Lewis brought this continued struggle to the U.S. Congress, where he is the most eloquent advocate for a fair and just American society. John Lewis reminds us today, as he has throughout his life, that civil rights are a current political necessity. This is not a story about the past, but a crucial dimension of our current struggle to build a better nation. We must guard against becoming a society of concentrated wealth, and insure that we remain a place where the children of today’s poverty have a chance to emerge as tomorrow’s leaders. 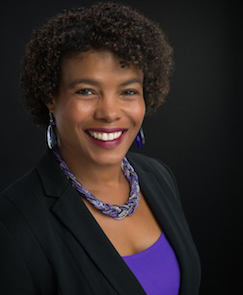 As we celebrate the 50th anniversary of the passage of the 1964 Civil Rights act, the focus tends to be on how this law impacted African-American communities, particularly in the South. However, the overall impact of the act went far beyond the African American community. A year later, the 1965 Immigration and Naturalization Act (also known as the Hart-Celler Act) was passed and this bill would have a dramatic impact on the makeup of immigration flows into the United States up to the present day. The bill ended a decades long set of racially discriminatory policies and was seen as an extension of the civil rights movement.

President Johnson characterized the bill at its signing as follows, “For it does repair a very deep and painful flaw in the fabric of American justice. It corrects a cruel and enduring wrong in the conduct of the American Nation.”

The new immigrants—from Asia, Latin America and Africa allowed to enter the United States because this important change in the law—couldn’t know it at the time, but the struggle for civil rights would have a profound impact on their ability to organize politically and become an integral part of our democratic processes. 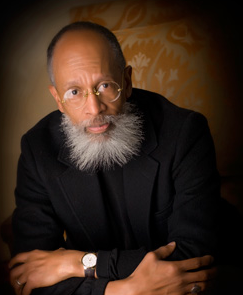 Civil rights were compromised when Virginia law established the first mental institution in 1765. African slaves were denied access to care based on their lack of citizenship and the false assumption that slaves were immune to illness.

The Hill-Burton Act of 1946 contained a non-discrimination clause that theoretically ended race-based civil rights violations. However, the bill allowed racially separate health facilities as long as they were declared equal by the state. In Simkins v. Cone, the US Court of Appeals for the 4th Circuit decided that racially separate facilities using federal funds were unconstitutional. Additionally, Title VI of the Civil Rights Act of 1964 and the statutes that established Medicare and Medicaid forced southern states to abandon defacto racial segregation or forego federal funding for all social welfare programs. The Supreme Court’s refusal to review the 4th Circuit’s decision basically eliminated most of the vestiges of legally sanctioned discrimination that historically violated the civil rights of African Americans with mental illness.

Among the important criticisms Dr. Martin Luther King made of American society is a bitter and accurate protest that seems to have been forgotten. In June 1966, Dr. King accused the American Medical Association (AMA) of promulgating a racist “conspiracy of inaction” against black Americans. The racial conservatism of the AMA was evident even during the civil rights movement, as the AMA’s national leadership deferred to the racist exclusionary policies of state medical societies and refused to intervene on behalf of black physicians who sought membership in the AMA.

By this time the American medical establishment’s neglect and mistreatment of black patients and physicians had traumatized generations of people who are still estranged from the medical system.

In 2008 the president of the AMA offered an official apology to African Americans and African American physicians for the medical profession’s “dishonorable acts of omission and commission” that constitute the history of medical racism in the United States. Unfortunately this gesture changed nothing in the lives of the people to whom it was directed. To this day American medicine has not responded in any effective way to the conditions Dr. King was protesting half a century ago.