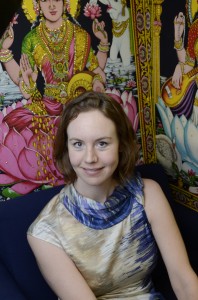 The 2014 World Cup isn’t just an outlet for showcasing national pride, indulging in international competition, and showcasing athletic talent. It also illustrates one of the most curious and pervasive aspects of human behavior—ritual. Even the best soccer player in the world, Cristiano Ronaldo, performs pre-game rituals. Not only does he insist on being the first member of the Portuguese national team to enter the field, he also insists on getting his hair cut right before every game.

It may be hard to imagine why either of these behaviors has any bearing on whether Portugal defeats their opponents, but the lack of a transparent cause-and-effect explanation simply doesn’t prevent people from engaging in rituals. In fact, the lack of a logical rationale behind these odd, seemingly idiosyncratic behaviors is part of the point. Rituals provide a socially sanctioned opportunity to exert personal control in the face of uncertainty.

The curious pre-game rituals in sport culture are nothing new. Anthropologists have long noted that the use of rituals is often linked to conditions of risk and uncertainty, conditions that high stakes, highly competitive World Cup matches meet. When anthropologist Bronislaw Malinowski visited the Trobriand Islands of New Guinea, he observed that Trobrianders rarely relied on ritual when fishing in a reliable and safe lagoon; they described their successes and failures in terms of skill. In contrast, extensive ritual preceded the uncertain and dangerous conditions of deep-sea fishing.

The Trobriand fishermen are not alone in their use of ritual to restore feelings of control when confronted with uncertainty. On college campuses, for instance, up to 70 percent of students employ such strategies to assist with performance on exams and in athletic competitions.

Rituals provide a means for coping with the negative feelings caused by uncertainty due to the belief that there is a relationship between the behavior (Ronaldo’s pre-game haircut) and the desired outcome (Portugal’s victory in the World Cup).

In 2012, my colleague Andre Souza and I studied Brazilian ‘simpatias,‘ ritualistic remedies that are meant to ward off bad luck and solve problems. We found that the more people perceived randomness or lack of control, the more effective they expected the simpatia rituals to be.

From a psychological perspective, whether or not there is evidence that rituals actually result in a desired outcome isn’t driving the behavior. Confidence is often the single most important factor in winning a closely matched game. And if the illusion of control rituals provides give athletes more confidence and reduces anxiety, they may provide a competitive edge.

Cristine Legare is an assistant professor of psychology at The University of Texas at Austin. She is the director of the Cognition, Culture, and Development Lab, where she studies cognitive development, cultural learning and cognitive evolution.