Wayne A. Rebhorn, the Celanese Centennial Professor of English at The University of Texas at Austin, has won the PEN Literary Award for a translation of Giovanni Boccaccio’s masterpiece “The Decameron.” 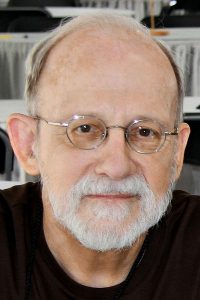 The PEN Literary Awards have honored and introduced some of the most outstanding voices in literature for more than 50 years. The awards will be presented at the 24th Annual Literary Awards Festival Nov. 11 in Beverly Hills, California.

Published on the 700th anniversary of Boccaccio’s birth, Rebhorn’s new translation of The Decameron has received prominent awards and widespread critical acclaim. Publishers Weekly described his writings as “…eminently readable and devoid of the stilted, antiquated speech associated with the classics… his translation’s accessibility allows for the timeless humanity of the work to shine through.”

“The Decameron” has had numerous English translations. The challenge, as stated in The Telegraph, “…is to move gracefully between the widely varying idioms employed for different tales and Wayne A Rebhorn is notably successful in handling this, avoiding both an excess of slack colloquialism and the pish-tush-forsooth faux-antique of earlier renderings.”

“Professor Rebhorn’s translation of Boccaccio’s ‘Decameron’ is not only a scholarly triumph: its lively and flexible language gives contemporary readers a new chance to appreciate these fresh, funny sexy stories,” says Elizabeth Cullingford, professor and chair of the Department of English.”

In his introduction to “The Decameron,” Rebhorn reminds us that the root meaning of “translate” is to take something across a border or a boundary, to bring that which is foreign or strange from one language and age into another. It is a daunting task he describes in terms of “puzzles;” the translator must discern the meanings of individual words and phrases as well as the syntax, that is, the particular arrangement of a sentence. The Decameron presents a unique challenge because the very complexity and order of the sentences is critical to Boccaccio’s message.

“That’s the challenge to a translator: How to respect Boccaccio’s complication in language without making it clumsy,” Rebhorn says. “It is a linguistic puzzle to translate both complexity and wordplay, to get it both literally and figuratively correct. You have to respect the aural rhythms in the language. It is difficult work, but I also find great pleasure in this linguistic challenge.”

A leading scholar of Renaissance literature, Rebhorn has won numerous literary awards and prizes and has been invited to lecture at major universities throughout the United States as well as in France, Italy, and Germany. Go to Life & Letters to read more about his award-winning translation of “The Decameron.”