Though gender equality has come a long way since the 19th century, modern day literature and culture remains gendered, quieting the voices of worthy intellectuals.

Lynn Wilkinson, an associate professor of Germanic studies, comparative literature and women’s and gender studies, tracks the rise of women intellectuals in 19th century Europe for a valuable perspective on culture then and now. 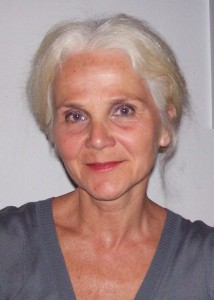 “I want to refocus attention on these writers as important in a non-gendered history of intellectuals that does not yet exist,” Wilkinson said. “Their work shouldn’t be valued or devalued on the sole fact that they are women. They have something to offer everyone.”

She offers two perspectives: the struggle of women writers to attain personal and professional autonomy; and the formation of a literary field in which women writers read, evaluated and responded to one another.

Some historians have focused on male intellectuals as particularly mobile individuals, sometimes identifying them with the figure of the street stroller, or flâneur, a man of leisure who looked at the world from a detached point of view. Unlike men, 19th century women writers were restricted on their mobility outside the home.

“Women did not typically have this freedom, so it was thought that women intellectuals did not exist,” Wilkinson said. “But I discovered that women did play these roles, but almost always when they traveled.”

Even these mobile women, struggled with professional autonomy. Men often discounted their perspectives, often going as far to insult them, Wilkinson said. Even when it was unintended, women wrote mostly for one another.

“This put these writers at a disadvantage in the intellectual conversation,” Wilkinson said.

Gender stereotypes continue to play a prominent role in both elite and popular culture today.

“The question of women intellectuals draws attention to the role of literature and cultural studies in helping us understand the world we live in,” Wilkinson said. “This is a burning topic for people in the humanities. We want to understand how to present our work to people inside and outside the university.”

Wilkinson will present her findings at this year’s Humanities Research Award Symposium. The symposium is a platform for recipients of the Humanities Research Award, a three-year $15,000 research grant created by the Dean of the College of Liberal Arts, to present their work to the university community. This year’s event will be held Friday, Feb. 27, from 11 a.m. to 4 p.m., at CLA 1.302.