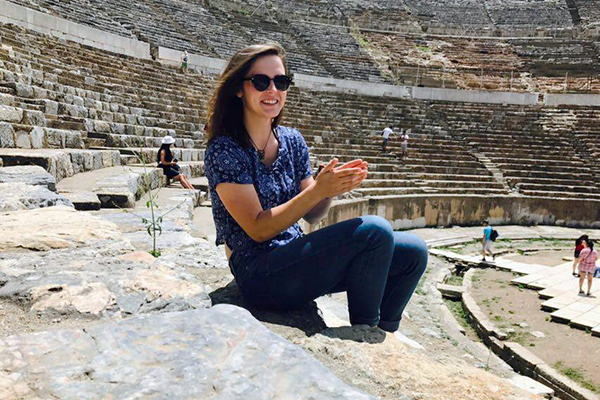 Six weeks of living in another country is a significant way that liberal arts students can apply their education to the world around them.

Elizabeth Nelson, a government senior with a minor in Turkish, traveled to Izmir, Turkey, this summer, immersing herself in the language and culture of the country.

Nelson is from Denver, Pennsylvania, which has a population of less than 4,000.

“It is the definition of small town and to be honest, I never thought I would be in Texas, let alone go to Turkey,” Nelson said.

With funding from the humanities honors program. as well as the Halide Edip scholarship, Nelson was able to study at a language offshoot of Ankara University called Tömer and experience the Turkish community firsthand.

Read more about Nelson’s experiences in Turkey in the Q&A below. 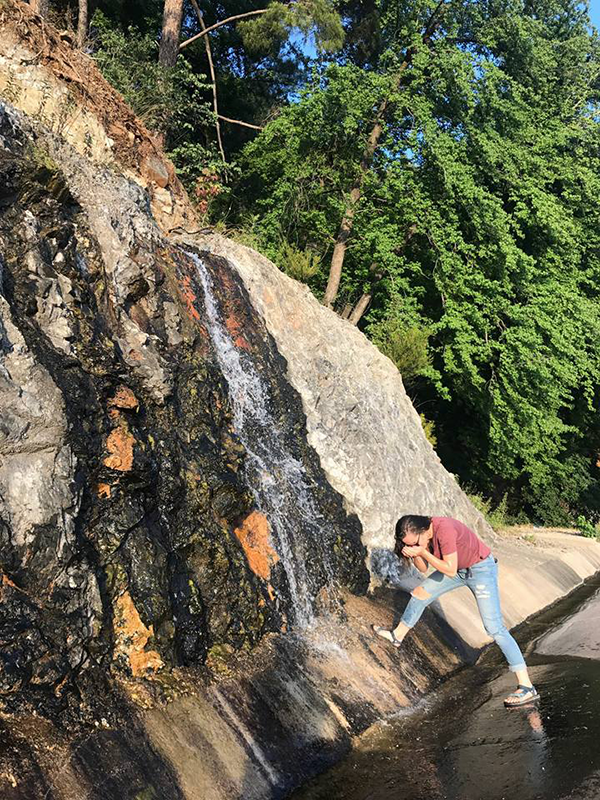 Nelson drinking from a natural spring in Turkey.

Not to be cheesy but it was really life changing. I had done solo-travel before, but this was nothing like that. I was in an entirely different country by myself. Of course, they have programs that offer more assistance, but I enjoy solo-travel. I wanted this experience without tour guides, and I’m glad I did it this way. I definitely missed out on some history lessons, but going by myself let me tailor my trip to me.

How did the culture differ?

Turkey is a Muslim country, but it is not as different as a lot of people said it would be. I went during Ramadan and everyone told me it was going to be a ghost town, but it really wasn’t. My advice to those interested in Middle Eastern studies is leave your preconceptions on the tarmac. 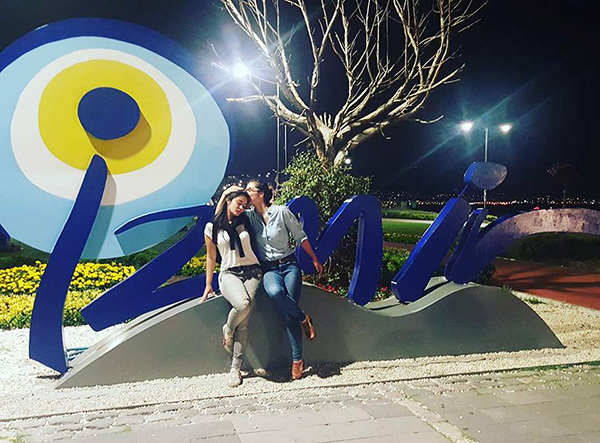 Nelson with Ezgi, her closest friend in Turkey and the first person she befriended speaking only Turkish.

They were definitely a different learning experience for me. I learned a lot of personal responsibility in my education. I’ve always participated in class but these classes were largely mandatory answers. You were called on, you didn’t raise your hand. This was hard for me at first, but I learned a bunch about my own strengths and weaknesses.

What was your favorite moment of your time abroad?

I had this moment in the Atatürk airport in Istanbul. I was late for a flight to Izmir. I was running throught the airport to catch my plane, and I realized that I was 22 years old by myself in Turkey with a year of Turkish under my belt. It changed who I am fundamentally. 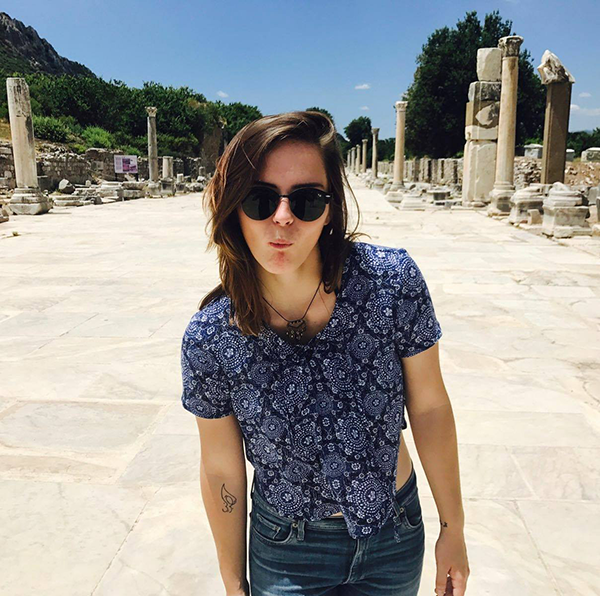 Nelson at the ruins of Ephesus.

What was the most challenging part of your trip?

The most challenging part of this trip was the first night. I had a bit of a freak out when I went to the corner store and tried talking to the attendant. We couldn’t understand each other, and I got really upset. I returned to where I was staying, head low.

When I finally asked one of my Turkish housemates about it a week or so later, she explained that the man was from Iran and that she sometimes couldn’t understand him either!

How did your experiences abroad change your outlook?

I fell in love with solo-travel. I had done it before, but this trip solidified my love for it. I really recommend it to any adventure seekers out there.

Educationally, I feel a lot more confident speaking, laughing, arguing and even singing in Turkish. I’m also trying to do next semester—my final semester before graduation—at Boağziçi University in Istanbul.

I spent most of my education wondering how I can combine my passions and my skills. Study abroad helped me fuse the two into a real possible career path. 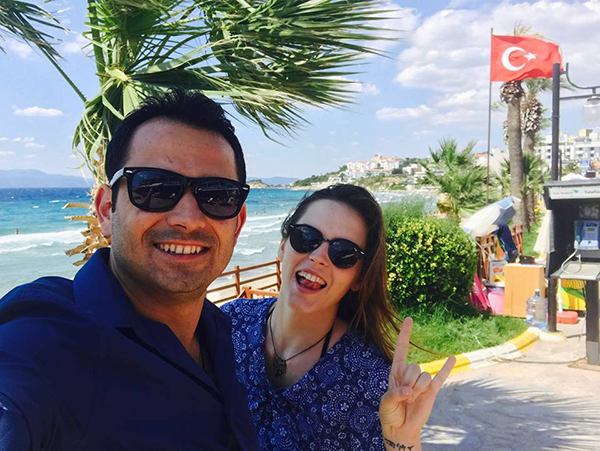 While in Turkey, Nelson met up with Kahraman Berut, a UT Austin doctoral candidate in petroleum engineering who was also in the Turkish program.

How do you think study abroad factors into a liberal arts education?

If the goal of a liberal arts education is to spark a fire and make a well-rounded graduate, study abroad adds fuel to that fire. It made me step out of my pre-conceptions of the area I was studying, the language I was speaking and who I am.