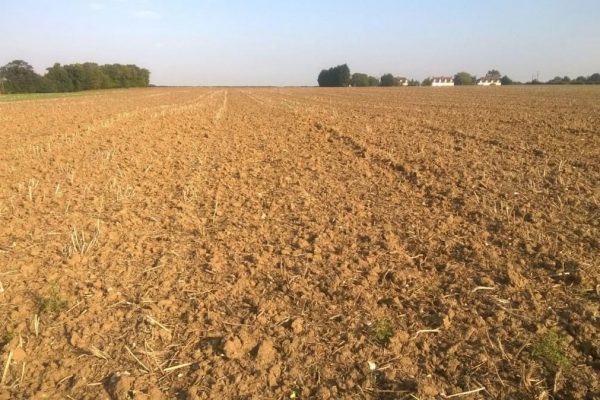 When pressed to summarize the path of his wide spanning career, Paul Adams offers one word,  “discourse.” Adams, a professor at UT Austin’s Department of Geography and the Environment, is interested in how people discuss often contentious subjects and what makes these communications more or less successful.

As a geographer of media and communication, Adams has undertaken diverse topics such as biases present in maps accompanying news articles, how cell phones and social media use location data, and which media platforms are most effective for conveying environmental messaging.

Among his most recent projects is an attempt to address water scarcity in a corner of the world not particularly fond of words like “climate change” and “conservation.” The Texas Water Stories study is part of UT’s Planet Texas 2050 research initiative. Adams’ field site is the Texas Panhandle region at the state’s oft-forgotten northwest tip. So far north, in fact, that when presenting his work at a recent Planet Texas 2050 showcase, Adams noted that the region was partly cut off in an earlier slide.

The Panhandle is a flat, dry, windy place described as a desert by settlers and initially deemed unfit for farming. Yet anyone flying over the region today would see a polka-dotted surface of crop farms, their round shape a result of the center-pivot irrigation system that allows agriculture to thrive in such an arid climate. Much of the crops are used as animal feed for meat production industries that have sprung up alongside. This transformation of the landscape was made possible by the Ogallala Aquifer, a vast, underground water source that spans eight U.S. states and provides about 30% of the groundwater used for irrigation in the country.

Water flows into the Ogallala far too slowly to replenish what is currently used. With temperatures rising and precipitation waning in the Panhandle, many wells are already drying out. Without appropriate conservation action, the region may only have a few decades of aquifer water remaining. And here lies the problem — how does one create a discourse about conservation in a region where environmentalism is viewed with suspicion? Adams believes that using water sources like the Ogallala as a starting point can facilitate the process.

“People can talk about water and that’s basically what our whole project is,” he says. “Getting people to talk about a very scarce resource that’s tremendously important.”

Over the last year, Adams made several trips to the Panhandle and West Texas to interview farmers and others whose livelihoods depend on the aquifer. It’s a politically conservative part of the world and Adams notes the irony that some of the people who will be affected most directly by climate change are those who dismiss its existence and who elect officials that oppose conservation legislation. The disconnect is seen in Texas’ water code, which insists on using the word “production” rather than “extraction” or “consumption” when describing the pumping of water from the aquifer. According to the law, everyone owns the water under their property, despite the seemingly obvious fact that this water is a liquid a part of a larger, shared resource.

“Essentially, what Texas law says is that the water doesn’t move,”Adams explains.

But water does move and how much water one person pumps on their property directly affects the levels of neighboring wells. Efforts to slow the Ogallala’s decline and to mitigate the effects of climate change in general would seems to be in everyone’s best interests. So why isn’t the message reaching this important audience?

When confronted with rejections of climate change, scientists and environmentalists tend to double down on their data and claim that opponents simply don’t grasp the concepts. But Adams found that the farmers he interviewed have a highly sophisticated understanding of environmental factors impacting their crops. Moreover, many have already witnessed the effects of climate change firsthand. But because climate change has become increasingly politicized, they describe their observations in ways that sidestep what they view as an unwelcome liberal ideology. They don’t accept global warming, but will readily acknowledge that “seasons are evolving,” that winter comes later, that storms are more severe than they were in previous decades.

Adams sees this as an opportunity to reframe the discourse. As much as it pains scientists to use the term “weather” when discussing changes that span decades, working with this terminology may allow them to get past the point of just trying to convince Texas farmers that a thing called “climate change” exists. Even within our interview, Adams is actively reframing, preferring to describe his work as “building a better dialogue” over my somewhat combative “forming a more persuasive argument.”

One thing both Austin liberals and Panhandle conservatives do agree on is the need to adapt to a changing environment. Farmers know that the Ogallala is a finite resource and those who live in regions suffering from increased drought conditions know that there is less and less precipitation to work with. Many are willing to conserve water even if they view legislation mandating such conservation as government overreach. Those whose wells can no longer sustain irrigation have already switched over to so called “dry land farming” and are well versed in techniques for retaining moisture in their soil. They know that water is the limiting factor in their ability to grow crops.

“There’s a habitual response on the part of academics to emphasize climate change, to pile on masses of data, to talk about how complicated it is, to explain that it relates to the fossil fuel-based energy system,” Adams says. “These are messages that are being lost in translation and my radical contribution is to say, this is not a successful form of communication.”

Climate change may be seen as a belief to be accepted or rejected based on one’s political identity. But the importance of water and the need to stretch this resource is a conversation worth having. 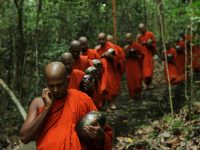 The Earth’s Keepers: How Religion Can Guide Environmentalism
April 22, 2019 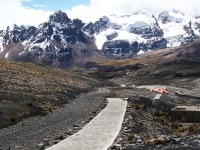 Meanwhile in Peru: Report from an Epicenter of Climate Change
May 22, 2015 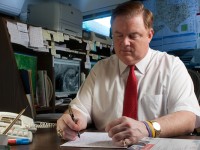 Q&A: Meteorologist Troy Kimmel Talks Tornadoes and Climate Change
August 9, 2013
© 2012 Life & Letters, a publication of the College of Liberal Arts at The University of Texas at Austin.