See the Unseen: Help our Vets Heal Through Art and Performance 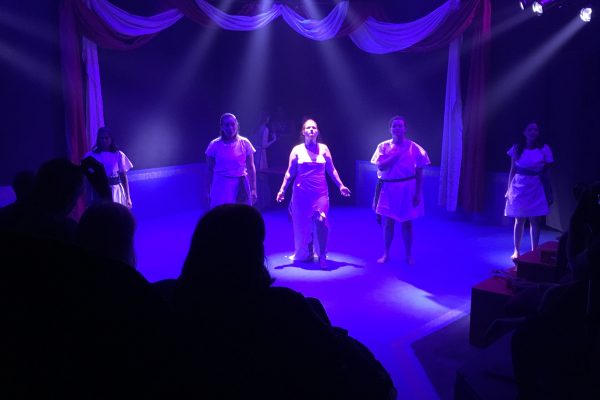 We miss a lot that is important in life because we are busy with our day-to-day concerns. When we do have leisure time, we choose mindless activities for good reasons. It does our souls good to vacate our minds.  Right after the terrorist attacks of September 11, 2001 traumatized our

nation, our president advised us: “Go down to Disney World in Florida. Take your families and enjoy life the way we want it to be enjoyed.”

It is possible to do both: to step outside our lives as a distraction and to take notice of important pieces in the puzzle picture into which our lives fit.

2,500 years ago, the ancient Athenians, upon whom we modeled our democracy and our civic values, did both. Their annual public festivals explored serious human problems through performances of comedies and tragedies, art forms they invented and perfected. They laughed at truths about ongoing wars and the misguided policies of misguiding political figures, even as their soldier fathers, husbands, sons and brothers were risking and losing their lives. The very soldiers who had just been in combat made up a large part of the audience.

They also explored the human experience — why we feel and act as we do — through epic song contests and tragic plays. Their themes still give us lots to think and talk about.

I sat down with Iraq War veteran combat medic Jenny Pacanowski whose play “Dionysus in America,” co-directed by US Marine Corps veteran Johnny Meyer and Karen Alvarado, transformed UT Austin professor Paul Woodruff’s translation of Euripides’ tragedy The Bacchae to express truths that she and other women share — women veterans and women whose lives are intertwined with men profoundly changed by war.

After decades of studying historical human responses to experiences of war, I know that women’s perspectives are hard to find. Women’s lives have long been nearly invisible collateral damage of male soldiers who do not come back from war or come back emotionally as strangers. Women have long drowned in the seas of sorrow war creates. The names of eight women get lost among the 58,000 names on the Vietnam Veterans Memorial Wall in Washington DC.

So, after reading Jenny’s play, I was curious as to who she was and what issues a modern woman war veteran would have that would lead her to write a play based on a truly terrifying ancient Greek tragedy. So, I asked her.

Jenny grew up in small town Pennsylvania and now lives in Bethlehem, a once-thriving steel manufacturing center. Her father had been a U.S. Marine. She was 22 years old when 9-11 hit. But Jenny did not go to Disney World. She went into the U.S. Army in order to “help people, save lives, do something good for others in need.”

After training and duty in Germany, Jenny went to Iraq and served along the Syrian border and in the Sunni triangle. When she returned home, promises made by recruiters about college loans were not kept. She and other vets could not get needed services and recalls her time at the VA with “older vets with deadened eyes,” who easily go unseen.

For years she struggled with Post Traumatic Stress, medicating herself with alcohol and even heroin. Until one day, she took control of her own life and started on her long way back in writing workshops under Jan Barry, well-known as an editor of Vietnam-period poets and as a tireless worker in veterans writing workshops. Soon, Jenny founded and now runs the organization Women Veterans Empowered and Thriving (WVET). She makes the acronym come true for many women.

Through writing plays and helping other veterans write out what is inside their bodies and souls, Jenny says, “I can take my trauma jackets off and the audience can hold it for me for a while.”

We can hold the jackets of all our veterans, including Jenny, and share in the same kind of experience as the Ancient Athenians in the month ahead. Her play will be performed October 10-20 at The Vortex, coinciding with the inaugural Austin Veterans Arts Festival, the heart-soul-and-brainchild of U.S. Navy veteran Glenn Towery, which will kick off on October 12.

Professor Tom Palaima, a MacArthur fellow, teaches seminars on war and violence in the Department of Classics at the University of Texas at Austin. tpalaima@austin.utexas.edu 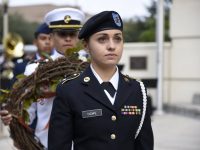 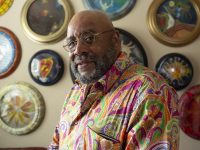 Beyond the Battlefield: The war rages on, but this time it’s personal
November 9, 2018 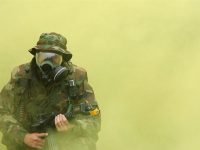 The Untold Stories of Modern Warriors
November 11, 2016
© 2012 Life & Letters, a publication of the College of Liberal Arts at The University of Texas at Austin.