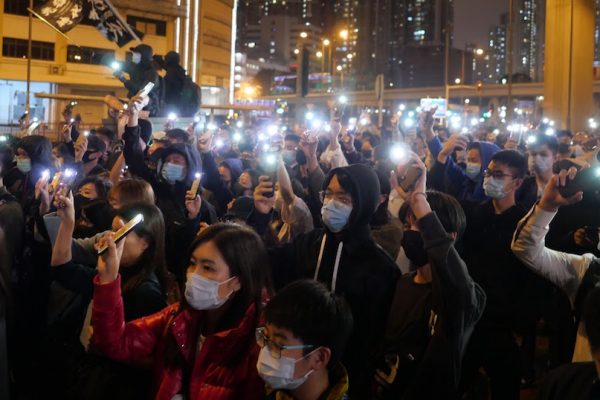 When the Chinese government took back Hong Kong after more than 150 years of British rule in 1997, it was a significant point of pride. For China, it marked the ending of an era of imperialism and foreign aggression; but for the people of Hong Kong, it was just the beginning of their fight to protect their way of life.

The terms for Hong Kong’s return were set out in the Basic Law, which promised to preserve the Hong Kong people’s way of life for fifty years. China would implement a system called “one country, two systems” so that Hong Kong would operate as a Special Administration Zone, having different economic regulations and political systems to allow for greater local autonomy.

Overtime, the Chinese government expected the Hong Kong people to assimilate and become like the rest of its population. But, its growing efforts to integrate Hong Kong through migration, education and economic and political constraints fueled pushback and regular demonstrations, which reached new heights in 2019.

Madeline Hsu, professor of history and Asian American Studies at the University of Texas at Austin who grew up in both Taiwan and Hong Kong, sat down with us to discuss the 10-months of protest in Hong Kong, where the unrest stems from and what to expect in the future.

What did China envision happening with Hong Kong after it regained sovereignty?

I think when the Chinese government took over Hong Kong, it assumed that ‘well, these are mostly Chinese people and after a certain period of time, they’ll be just like other Chinese people.’ But that’s not what has happened.

There were increasing efforts on the part of the Chinese government to amalgamate the Hong Kong people. Certain promised political transitions didn’t happen, such as the rights of the Hong Kong people to directly elect their chief executive. It’s still happening by appointment. In the Hong Kong legislative system, you can vote for legislatures, but it’s heavily stacked towards China’s business interests, so it’s a rigged system.

You can see clearly that most of the demonstrators are quite young. They’re teenagers, students who don’t see that they have a future in Hong Kong. They also have fears about what happened early this year, when an extradition bill was proposed.

The terms of the extradition bill would have allowed a lot of people to become vulnerable to extradition to China. All kinds of people would no longer have the protections that they had grown accustomed to in Hong Kong. If brought over to China, you could be denied access to a lawyer, you could be not told what was going on, you could just sort of be held indefinitely concerning restrictions on dissent or criticism.

Despite this massive outpouring of opposition, there’s been no response because the chief executive and other political leaders are acting under the directions of the Chinese government. And there has been a ratcheting up of the willingness of the Hong Kong police’s use of force — lots of deployment of tear gas, rubber bullets, water hoses.

Why has China not responded to such a large scale of opposition?

Are these protests reminiscent of any other protests?

There was the 2014 Umbrella Movement, a series of pro-democracy demonstrations pressing authorities to enact direct elections of the chief executive as promised in the Basic Law, but still does not exist today.

The 79-day protest was inspired by the Sunflower Movement in Taiwan, where students were protesting a treaty that would have opened up more sectors of the Taiwanese economy to Chinese inputs and sought to unify Taiwan and China through economic means. Beyond opposing that basic move, student protesters wanted to stress that the treaty had been carried out without sufficient public scrutiny, that it had been through non-transparent processes.

These protests are also reminiscent of the May 4th movement in 1919 and the 1920s, where young people really galvanized in seeking transformative change and operating from a position of ethical critique of the government.

Is there anything we should expect after the recent elections in Hong Kong?

The problem is that there was a huge turnout for those elections, but for positions of people that don’t actually make policy. It’s a clear show of the kind of input and control the people of Hong Kong would like to have over their future, but it doesn’t actually change that much. The decks are stacked.

Alex Chow, a student leader from the 2014 Umbrella Movement, shared his perspective on the protests: “This is not how we want our society to be, these are not the futures we want and this is what we’re fighting for.” When asked how long this will go on, he replied, “Unless we get what we want, we’re just going to let everything burn down.”

If you were in a situation where, politically, your country is becoming the kind of society in which you don’t want to live in and you don’t have a choice to go somewhere else, what would you do? Would you let the changes happen or would you protest? These students have decided to protest, even though they believe that the Chinese government will not respond as they hope.