From Bloody Shoes to Dancing Mice: The Evolution of Fairy Tales 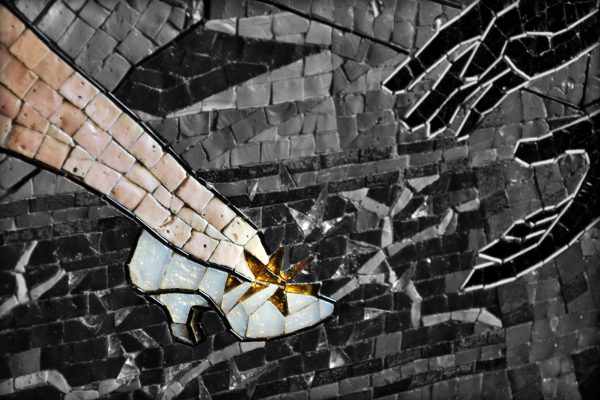 In the Grimms version of Snow White, our heroine is awoken from her bewitched slumber not by a handsome prince’s kiss, but when the jostling of a clumsy servant dislodges a chunk of poisoned apple from her throat. But fairy tales change over time and most of us first encountered a version that omitted this unromantic detail.

Marc Pierce’s signature course “Fairy Tales in America” examines the various incarnations of such stories, from their folksy European origins to the glossy Disney musicals on which his students were raised. He uses the Snow White example to highlight how easy it is to conflate the many renderings of folk tales. Students assume the rousing kiss was part of the original Grimms’ tale, but what they’re remembering is actually the Walt Disney film. Our conceptions of famous narratives — from Homeric epics and the nativity story to Snow White and the Seven Dwarves — are often cobbled together a jumble of sources.

“We try to tease out what goes with what,” says Pierce, a professor of Germanic studies at UT Austin. Students read and compare multiple versions of fairy tales, observing how they’ve evolved as they pass through the hands of different storytellers.

Walt Disney is sometimes blamed for purging fairy tales of their grittier elements, but Wilhelm and Jacob Grimm made their share of changes long before Disney entered the scene. Between the first edition of their collected fairy tales, published in 1812, and the final 1857 version with which most Americans are familiar, the pair removed some of the more disturbing stories and also altered many elements that might offend Christian sensibilities of the time.

Murderous biological mothers became wicked stepmothers and Rapunzel was cast into the wilderness by her captor for reasons other than being pregnant (though the Grimms still opted to include the gruesome detail of Cinderella’s sisters trying to squeeze their feet into the glass slipper by cutting off heels and toes). They also refined the language in which the stories were told, infusing them with a decidedly less earthy style.

“The Grimms perpetuated this myth that these are ‘tales from the folk,’” says Pierce. “But despite always claiming that these were raw and unedited, the Grimms edited the living daylights out of their fairy tales.”

Walt Disney sidestepped the gore of blood-filled shoes in his film adaptations and also added a certain 20th century ideal. “Disney’s heroes are all very American in a number of different respects,” Pierce explains. “They all have this attitude that Disney himself embodied; get ahead, be successful, marry the princess, slay the dragon, live happily ever after. This kind of American dream story.”

Where Disney diverges from the Grimms is in the treatment of authorship. Whereas the Grimms underplayed their role in shaping stories in order to cast them as unadulterated cultural artifacts, Disney proudly emblazed his films with his characteristic “Walt Disney presents” titles. (It’s such a memorable feature that there’s a Buzzfeed quiz devoted to just those screens). Marxist fairy tale critic Jack Zipes, whose work is discussed in the class, argues that Disney’s goal is to claim authorship for himself. Pierce finds reading Zipes non-too-flattering takes on Disney a good way to spark interesting discussions among students because, he says, “Zipes always makes fun of Disney and they always spring to Disney’s defense.”

Beyond the Disney and Grimms comparisons, students encounter well known purveyors of western folklore such as Hans Christian Anderson and Charles Perrault, along with more contemporary authors like Robin Mckinley and Naomi Novik, and several stories from Angela Carter’s 1979 classic The Bloody Chamber. Each of these give their own unique spin on the familiar motifs, in some cases crafting new tales in the process. Carter famously said of The Bloody Chamber, “My intention was not to do ‘versions’ or, as the American edition of the book said, horribly, ‘adult’ fairy tales, but to extract the latent content from the traditional stories and to use it as the beginnings of new stories.”

Fairy tales, Pierce tells us, are a genre with hazy definitions, “It’s a fairy tale if the author says it is.”

More modern fairy tales like Carter’s often feature stronger female protagonists, while ladies in the traditional tales, Grimms’ heroines and Disney princesses alike, tend to be, well, not the most competent characters. One refreshing exception to this is Gretel (of “Hansel and” fame). She starts out as a typical helpless young girl, but over the course of the story figures out how to defeat the villain and save herself and her brother.

“She goes from a whiny little kid to an ass-kicking witch slayer,” says Pierce.

Teaching assistants Chrysta Naron and Morgan O’Brien, who ran the discussion sessions, were instrumental in helping Pierce find ways to improve the course such as including more authors of color in future iterations.

“Fairy Tales in America” draws its students not just from the liberal arts, but also from majors like physics and engineering. The latter populations sometimes struggle with the fact that literary analysis rarely results in a single right answer, but Pierce hopes they will still take away two lessons from the class. The first is an appreciation of literature, how it functions and the skills needed to analyze it (skills that can also be useful outside of the humanities) and the second is a better grasp of written communication. Writing assignments throughout the semester encourage students to organize and articulate their thoughts and to improve their writing skills through revisions.

“You can be the most brilliant person in the world,” Pierce tells his students. “But if you can’t convey your thoughts clearly it’s not going to do you any good.”