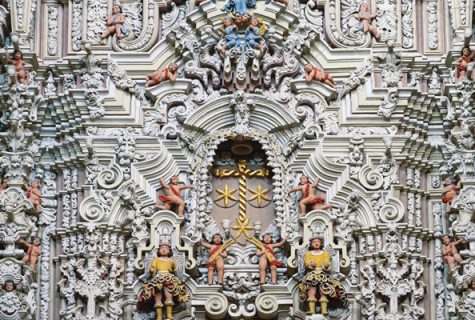 “Façade of the Seven Princes,” entryway to the chapel of the Virgin in the Church of the Carmen, San Luis Potosí, Mexico. The “seven princes” refer to the seven archangels, who are represented as protectors of the Virgin Mary. Created in 1788, this splendid altarpiece-façade, decorated with intricately carved stucco, is a stunning example of […] 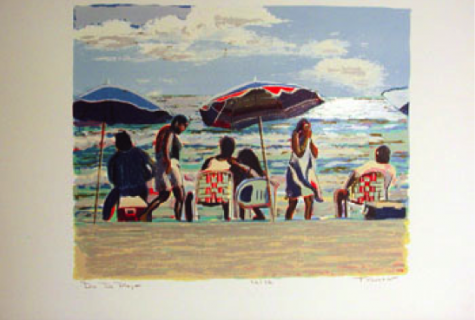 Seven vibrant silkscreens from the Benson Latin American Collection will be on display over the next several years in the Dean’s Office of the College of Liberal Arts, located on the third floor of the Gebauer Building. Selected and installed by Benson curator Julianne Gilland, the pieces are on loan from the Benson’s Ricardo and […]

U.S. News & World Report ranked the Department of History’s graduate program in Latin American History as No. 1 in the nation. “Such professional accolades not only pay tribute to the fine work of the Latin Americanist faculty, but are a badge of distinction for the entire History Department,” says Seth W. Garfield, associate professor […]

The Right to Raise To increase volunteerism and donations, organizations should phrase requests differently to motivate people who already care about the cause, according to research from psychologist Marlone Henderson. For example, if the person already cares about the cause, the request should emphasize how much money is still needed (“We still need $50,000 to […]