The Silver Spurs, the student service organization that cares for Bevo, gave out its 21st annual Endowed Teaching Fellowship awards to four liberal arts professors, who each receive a $6,000 prize. The group surprises each recipient with an unannounced presentation. They are:

Andrew Riggsby, (Classics and Art History) has been awarded a Rome Prize for 2010-11 by the American Academy in Rome.

Alexander Mourelatos, (Philosophy and Classics) delivered the annual Eleatica Lectures this May in Velia, Italy; sponsored by the Fondazione Alario.

Congratulations to the 2010 College of Liberal Arts recipients of the President’s Award for Outstanding Staff:

Cristine Legare (Psychology) and André Souza (Psychology, graduate student) have been awarded a $50,470 grant from The University of Oxford’s Cognition, Religion, and Theology Project to continue their work on the development and origin of religious cognition. The project is titled “Evidence from the supernatural: Reasoning about ritual.”

Catherine E. Ross (Sociology and Population Research Center) is the recipient of the 2010 Leonard I. Pearlin Award, given each year for distinguished contributions to the sociological study of mental health.

Cynthia Buckley (Sociology. Population Research Center, Russian, East European and Eurasian Studies) was among 15 leading American Russia specialists invited by the MacArthur Foundation to discuss the future of research on Russia. The meetings were held at the German Marshall Fund’s Washington D.C. headquarters.

James Pennebaker (Psychology) and Daron R. Shaw (Government) were named to the university’s Academy of Distinguished Teachers. Members of the academy receive a permanent academic salary increase of $7,000 per year and are designated as a Distinguished Teaching Professor.

Carolyn Eastman (History) has received the Best First Book Prize for “A Nation of Speechifers: Making an American Public After the Revolution,” presented by the Society for Historians of the Early American Republic.

Craig Cravens (Slavic and Eurasian Studies) has been invited to serve as scholar in residence at the University Brno in the Czech Republic working with CIMRMAN creators and noted Czech artists Zdenek Sverak and Jan Smoljak. 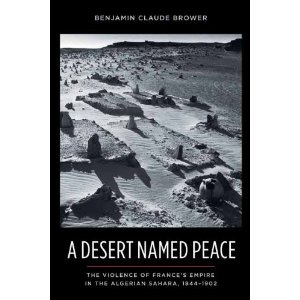 Benjamin Brower’s (History) book: “A Desert Named Peace: The Violence of France’s Empire in the Algerian Sahara, 1844-1902” was awarded the David Pinkney Prize from the Society for French Historical Studies.